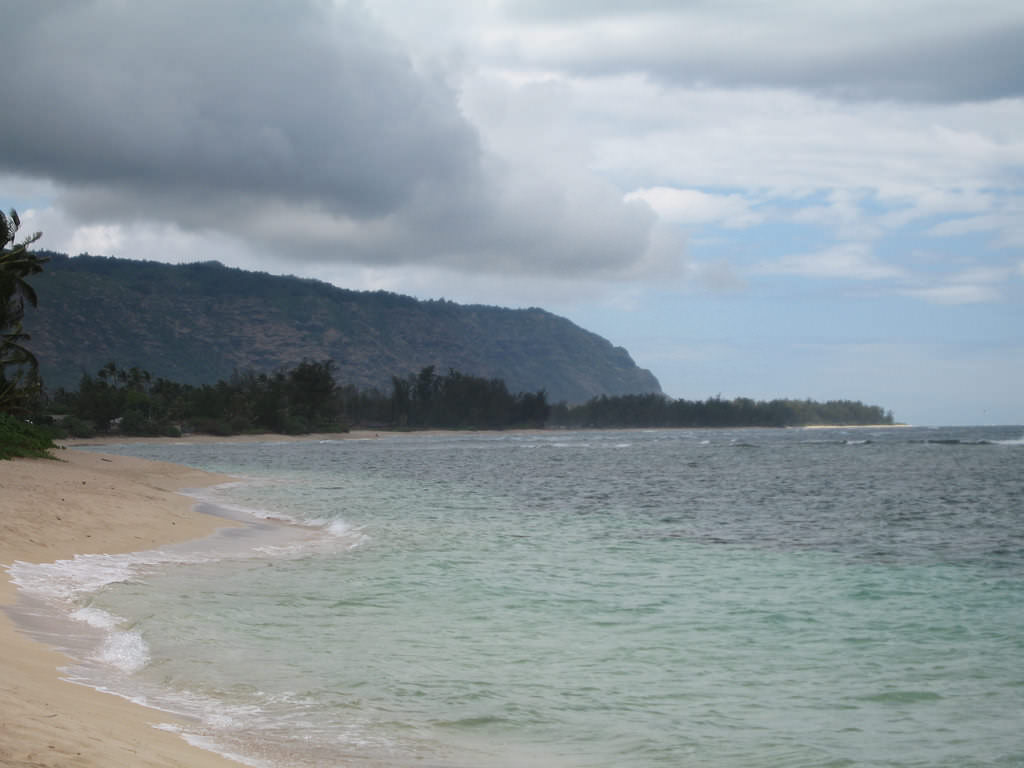 Anyone lucky enough to see the gorgeous beaches of Hawaii and the waves that pummel the sand would agree “a bad day surfing is better than a good day working.” Hawaii stands near the top of the world’s most magnificent surfing locales and boasts a brilliant history of big-wave surfing. The waves seen off the coasts of Hawaii might frighten boaters and scare swimmers, but they’re the kind of waves sought by thousands of surfers every year.

North Shore surf spot Backyards (often abbreviated as ‘Yards) is rough on its riders, and it’s tough for paddle surfers to make it without a tow. 50 foot faces regularly greet Backyards surfers and the swells move extraordinarily fast. The beach is considered one of the most consistent spots in the winter because of the offshore winds and groundswells that fuel huge waves. If you’re not experienced, it’s best to sit with the tourists on the beach to watch the professionals have fun.

A few islands southeast on the north shore of Maui sits Peahi, and the site of Jaws, which was named after the deadly movie shark of the same name. This surf break has been popular with everyone from windsurfers to tow-in surfers and gives visitors to Maui waves that reach more than 60 feet during the winter. It’s almost impossible to reach the break by paddling to it from shore, so surfers are towed to it by jet skis. The wave reaches incredible heights because of a barrier reef that sits below the surface. This magnificent spot was chosen for the opening of the 2002 Bond film “Die Another Day.”

Back on Oahu is a surf spot called “V-land” by the locals, or Velzyland by tourists. This North Shore wave poses a threat to any rider who dares to fall into the lava reef that lines the shore. The spot is incredibly popular with locals, and tourists often find a cold reception if they dare to enter the water. The area was named after a surfer from the 1950s named Daly Velzy, and it’s a spot for experienced surfers only as it features a hollow and fast wave. The strong whitewater on the outside reef attracts windsurfers when the surf crests eight feet.

Just south of Velzyland sits Sunset point and surfers sometimes say that the waves at Sunset have a mind of their own. The currents feel like rivers, and the site is dangerous for even the most experienced surfers. The area is named for its beach, but there are three places to start a run. Sunset has had a long history with local surfers and was a popular site as early as the 1940s. It’s not as well-known today to tourists as Pipeline, but that doesn’t mean the surf is any less treacherous.

Further down the Shore is the site of Waimea Bay and The Eddie, which is one of the most respected surfing events in the world. However, the competition isn’t always a go. Waves often reach 60 feet, but The Eddie won’t proceed unless the swells away from the beach reach 20 feet. Waimea Bay rarely cooperates with good timing, and so over the course of about 30 years official competition has only occurred nine times.

As the pinnacle of Hawaii’s waves, The Banzai Pipeline is probably one of the most famous waves in Hawaii, and it’s one that’s known to people even if they’ve never put a foot on a board. The allure of this North Shore site for daredevil surfers stems from its long, torrid history of killing its riders. Lava spires jut upward from the ocean floor and pose tremendous danger to fallen surfers. Successfully conquering the Pipeline’s four waves will earn a surfer the respect of his peers, but the local surfers here are territorial and protect their beloved stretch of water.

Some of the world’s “gnarliest” and most majestic waves crash into the beaches of Hawaii, and even if you don’t venture into the water, they’re each still an amazing sight to behold. Seeing these imposing waves and perilous currents just might inspire you to take a surfing lesson or two.